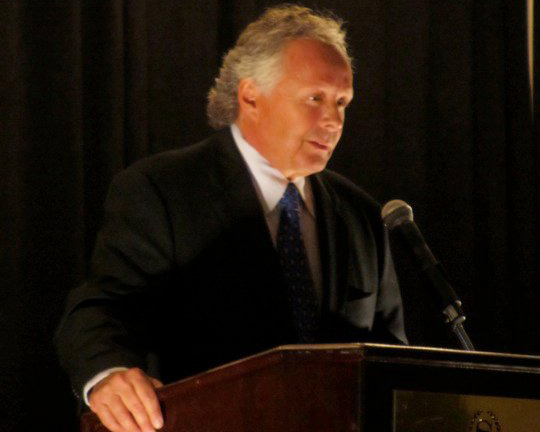 Industry Pioneer Wins Another One!

October 14, 2010 Pomona, CA – From motocross to the SCORE Baja 1000, leading motorcycle adventure tours in Baja or instructing U.S. Military personnel on how to drive, Chris Haines has become a legend in the industry… a fact not lost on the Off-Road Motorsports Hall Of Fame selection committee. “Getting a nomination form for the Hall Of Fame is simple, in fact it is right on the website,” explained master of ceremonies and ORMHOF executive director Bob Bower. “Answering the question as to ‘why’ someone deserves to be included in the Hall is the hard part!” 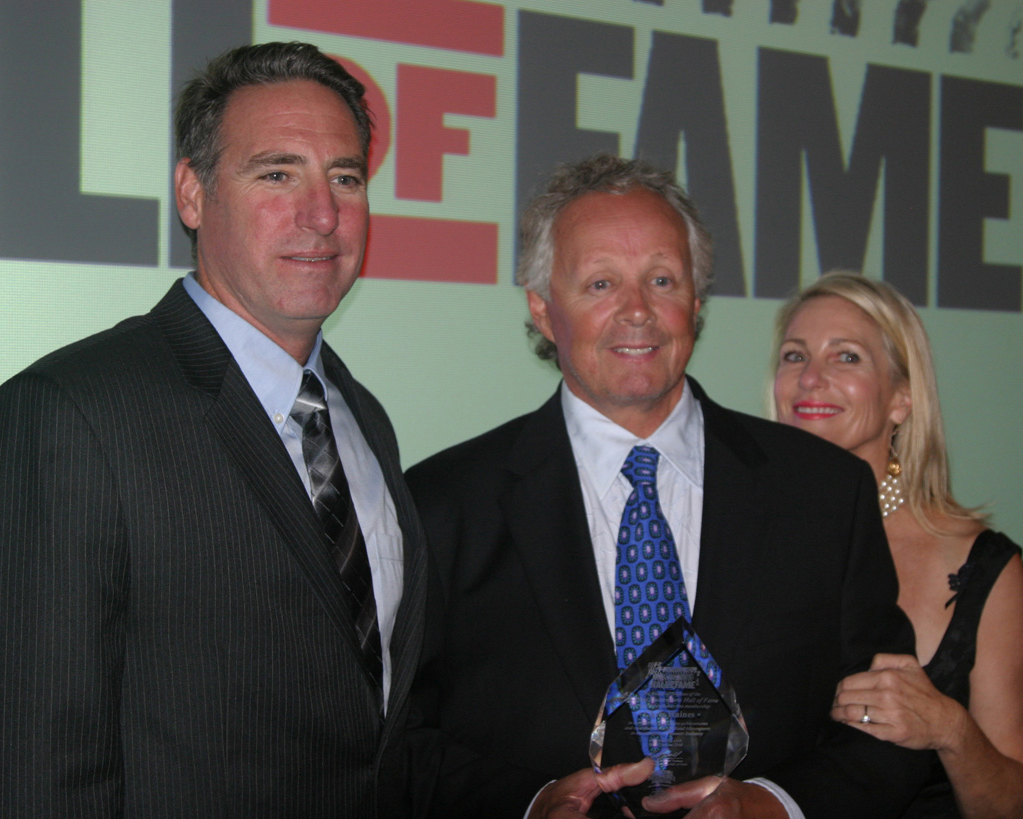 Out of several dozen worthy applicants, only five made it into this year’s class of inductees, including Haines, KC HiLites founder Peter K. Brown, former state legislator and member of the House of Representatives Gene Chappie, racing hero Johnny Johnson (107 wins… and counting) and magazine editor Rick Pewe. Held in conjunction with the Off-Road Expo instead of its usual venue in Reno at the National Automobile Museum, the Sheraton Fairplex featured a packed house to witness these worthy recipients join the likes of Steve McQueen, James Garner, Sal Fish, Parnelli Jones, Ivan Stewart, Scoop Vessels and Rod Hall. Like Bower noted, “you really have to be somebody special to get voted into this group.”

Inducting Haines was veteran PR man Scott Cox, who got his start in the business chronicling a young AMA Golden Wrench winner Haines working his magic in the Team Honda pits at motocross and Supercross races. Chris later went on to wrench for Team USA as they won their first-ever Motocross des Nations championship, before turning his talents to Baja. Haines has won the SCORE Baja 1000 13 times as a rider and orchestrated many other winning team efforts. But as the judges noted, Haines real achievement goes far beyond the races and extends around the world! More than 20 years ago Chris created his motorcycle adventure tour company to treat thousands to the wonders of riding in Baja. He maintains a website with more than three million visitors and exposed the sport via television on ESPN among other networks and through print media in magazines such as Forbes, Racer X, Cycle World, Conde Nast Traveler and Men’s Journal. Celebrities like Lyle Lovett and Kid Rock, Lance Armstrong, Sandra Bullock, George Strait and Juan Pablo Montoya have joined visitors from around the globe on these tours.

Cox called Haines a cross between Walt Disney and John Lennon, both for his ability to capture the magic of Baja and his affinity for music. “He really is like Walt Disney… any race team that Chris is in charge of is ‘the happiest place on earth’ when they finish on the podium and every Baja tour with Chris is guaranteed to be an E-ticket ride.” 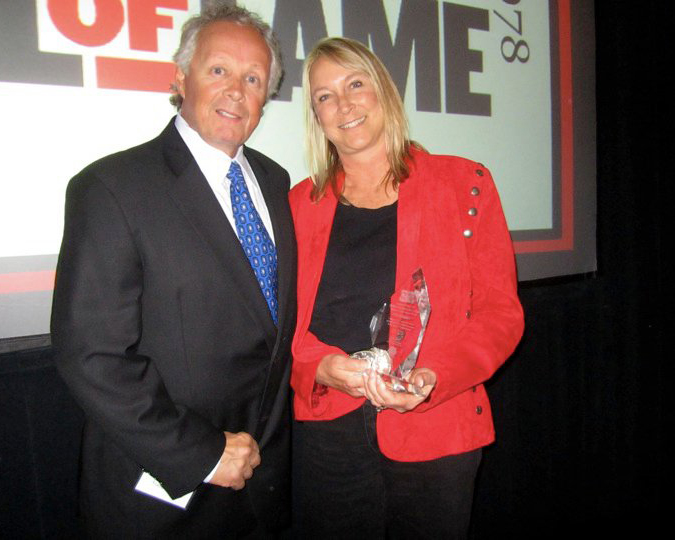 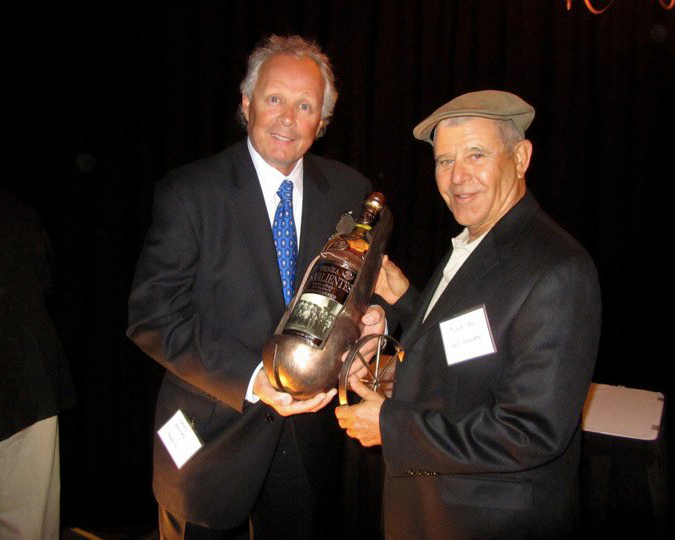 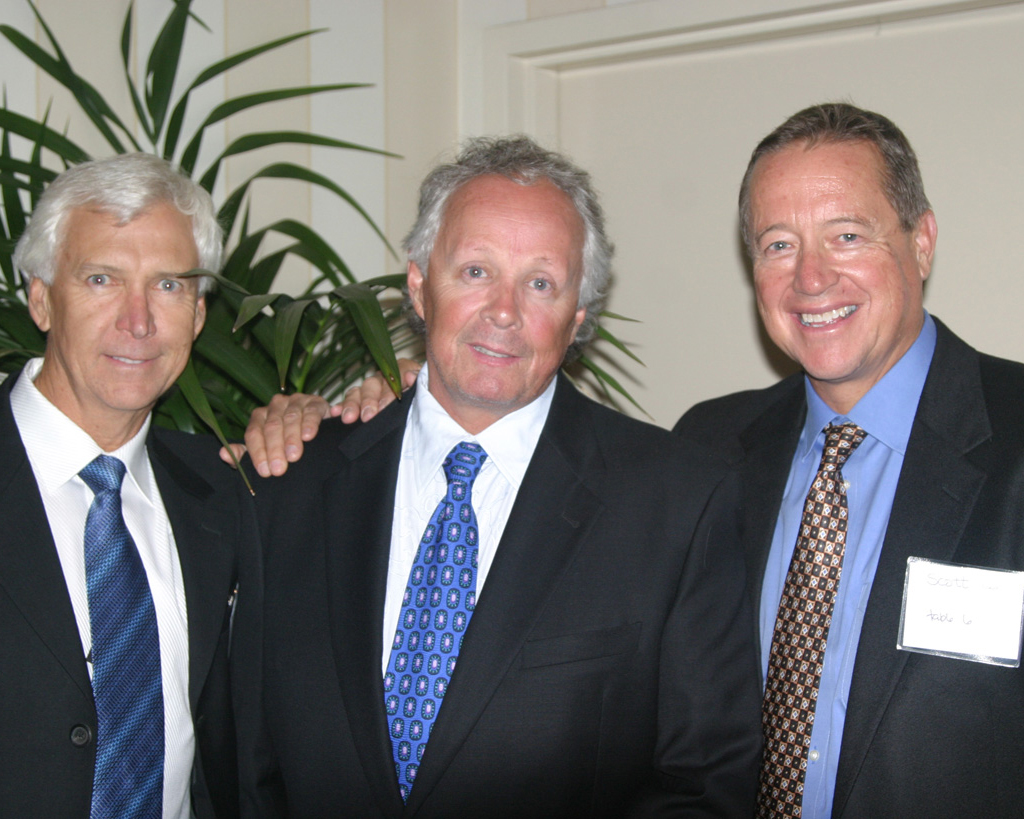 The mission of the Off-Road Motorsports Hall Of Fame is to recognize and honor those individuals and organizations whose lifelong contributions to off-road motorsports have set a standard for others to follow, and the class of 2010 certainly lives up to this proud tradition. The ORMHOF board of trustees would like to thank the BFGoodrich Tire Company, Fox Racing Shox, Sunoco Race Fuels and IMPCO for sponsoring the event. For more information regarding the Off-Road Motorsports Hall Of Fame, click on www.ormhof.com.

Haines’s 45-year career led the United States Navy to seek his consultation to help develop training and equipment for the United States Special Forces in Iraq and Afghanistan. Navy Veteran Haines has created and leads the pre-deployment off road training for personnel and vehicles that are used for U.S. Special Forces, Operation Enduring Freedom.

Chris has also given back to the sport through sponsorship and mentoring of racers and has also extended his philanthropic efforts toward the “Make A Wish Foundation”. For his passion for the sport, his racing accomplishments, his tireless efforts to promote the sport, exposing and recruiting new enthusiasts, his philanthropy, and by helping our own military, Chris Haines has certainly earned his rightful position in the Off-Road Motorsports Hall of Fame.