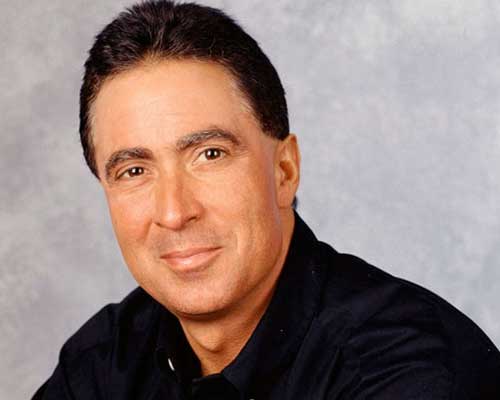 s a guy who grew up on dirt bikes, the lure of Mexico’s wild Baja Peninsula was irresistible! So far, I’ve been fortunate to have had some great adventures in my life, and Survivor II: The Australian Outback ranks right on top. The launch of my new television series on the Food Network, Keith Famie’s Adventures, has allowed me to take on new sorts of adventures all over the planet. Whether it’s bicycling through Vietnam with war veterans, or scuba diving for red rock crab off Washington’s San Juan Islands, my adventures are all part of the weekly agenda for my new television show.

So there I was, enjoying a little R&R between shoots on a snow- white beach in Jamaica, when I tripped over one of those obscure ads that appear in the rear of adventure magazines; the ones that outline trips you may dream of, but hardly ever work up the steam to take.

Well, Chris Haine’s Motorcycle Baja Adventure leaped out at me, and immediately inspired me to take a fateful leap off my rear and toward the telephone. I remembered reading about Chris Haines, a Baja 1000 racer, and a trip he arranged for Lyle Lovett several years back, and I wondered if he could set up something similar for me. What I imagined was a trip where I could ride the dirt in and out of the towns of Baja all the way down to Cabo San Lucas, sampling the foods along the way. This would be perfect for a half-hour episode of Keith Famie’s Adventures.

The arrangements were handled almost immediately, and Chris seemed nearly as excited as I was. The plan called for landing me in La Paz on the east Baja peninsula, then ride the dirt along the coast—just Chris, myself, and the scenery! As departure time came closer, reality began to set it. Here I was, a regular guy, getting a chance to ride side by side with a guy who won the Baja 1000 eight out of eighteen times—2001 being the most recent.

At 51 years of age, Chris Haines is the portrait of health, still hitting the dirt mighty hard. His love for Baja is obvious. Beside the annual road race, he’s got fifteen years of Baja motorcycle adventures under his belt. His first trip arranged for Formula One racer Danny Sullivan and his buddies immediately put Chris and this particular gig on the map. With four used bikes and a trailer, Haines was successful in showing the crew a whole other side of speed. Where Danny was used to flat tracks and cement walls, he now found unforgiving cactus and an occasional bull or goat stepping out in front of him. Since then, Chris has expanded his fleet to include some forty brand new Honda Racing Dirt bikes and has led trips for some of the world’s top corporate leaders

You may well ask what possesses a guy or girl to want to ride hundreds of miles on rough terrain at speeds that can easily send you home in search of a specialty surgeon. I’ll tell you in a word: the RUSH. Not many adventures give you the feeling you get with 600 cc’s or 4-stroke power between your legs, especially if you’ve got the Sea of Cortez on one side and Chris Haines on the other, and you’re peeling away open road as your bike purrs like a cheetah preparing to make a kill.

The stories that Chris shares along the way are every bit as exciting as the ride. At the end of a long day, with a blazing sun sinking below the Sea of Cortez, nothing beats the yarns an old road pro can spin, sending you off to dreamland dog- tired, but ever eager for another day’s ride. Seeing Baja from the back of a dirt bike allows you a feel for the flavor of the country like nothing else. From the small fishing camps to the villages and roadside stands, this is a taste of the real Baja. Be forewarned: Chris is a kind of celebrity to the locals-they often cheer him on and encourage him to pop a wheelie or two. It’s pretty amazing to see him lay one-wheel rubber down two full city blocks while a crowd and a local policeman stand by and applaud.

I learned more about riding during that week with Chris than I have in all my years on dirt bikes combined. There were a few close calls, which only spiced-up the adventure. Best of all, I now count Chris Haines, a true gentleman and one of history’s most notable Baja racers, a good friend.

While making pitstops at various fishing camps, I had the chance to cook beachside, using freshly-caught lobsters and sole from the nets of local fisherman.
For more information on our new show, log onto famie.com. And if you should take the plunge, and sign up for a Baja ride with Chris Haines, I guarantee that you’ll enjoy it as much as I did!